Mo has had 31 wins, 7 losses and is a current fighter on Yokkao. Check out more details on Mo: www.moabdurahman.com

Spaces are limited to 20 students per class, monthly members will take priority so please let Mark know which class you will be attending. Non members class fee will still be £7.

We are on two fight shows in one weekend, Weymouth of the 16th March & Bournemouth O2 on the 17th March.

We have Steven james, Dav Harrison & Paula Case stepping in the ring on the 16th

We have Sarah Blewden, Charlotte Kirwan & Tommy Balow stepping in the ring on the 17th

All of these will be great bouts as these guys and girls are training hard!

Thank you everyone who turned up and supported, great work Dav Harrison and Harlem Dillon, both good bouts, next inter club comes on the 24th February at Gym 01, if your interested in this event get in contact.

Awsome work from all the guys and girls that fought on the inter club and at ringmasters over the weekend. Everyone deserves a pat on their backs for that one! Good progress :D

Fighting for Thaiworks Thai Boxing Gym Bournemouth-Poole, Sarah Blewden pictured below will be taking part in this charity event.

It's set to be an explosive match for undefeated Sarah with her opponent coming from a great gym in Norway, tickets are still available. 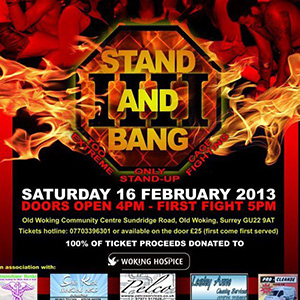 Our Next event is the 24th February

This weekend coming is the interclub at Gym 01, we have 9 of our guys and girls taking part, should be a great day, as always if you don't wish to compete your more than welcome to come along and support.

A Great win for Sarah Blewden against a tough Norwegian opponent 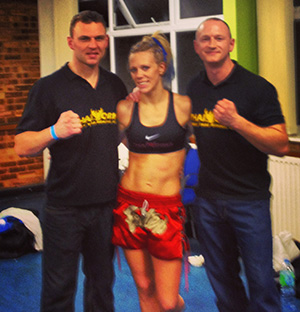 This year we are pleased to announce that we will be putting 3 of our guys forward. They have been training really hard for this. Wishing them all the best and a successful day. Thanks to all the supporters coming to watch.

DAVE WRIGHT: I.C.O. BRITISH AND EUROPEAN CHAMPION. Dave has actually fought previous winners of ringmasters for his titles and won so although we know it's not Muay Thai and being tournament rules things will be a little different we also know that dave holds some serious venom and will be there for the win!

CHARLOTTE KIRWAN: Has come along way very fast from moving into the fight scene very soon after she began training. She's a tough cookie and eager to get in there and work. With a few fights under her belt now she should do herself proud if she picks up a pace and keeps a cool lid on it. Charlotte will go forward guns blazing I'm sure :)

PAULA CASE: With her relentless style and focus, fitness and seriousness she puts into her training you can guarantee she won't give an inch. She has a busy work rate and hits hard with good technique. Shes only had one fight to date which was a win on stoppage TKO.

All in all we have 3 great spirited guys n gals on and from the behalf of everyone at Thaiworks and the Gladiator academy we wish you all a great day full of experience..... And of course a RINGMASTER BELT WOULD BE A GRRRREAT ACHIEVEMENT AS WELL..... ITS THE TAKING PART AND JUST BEING PART OF IT THAT COUNTS THE MOST THOUGH. CHOKE DEE X 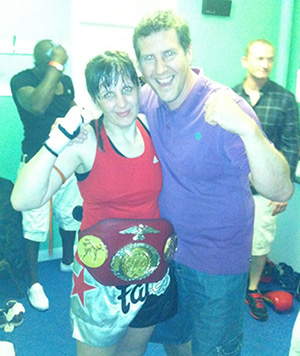 Once again weavvvooooo wins, After having to cut alot of weight and same day weigh in Charlotte pulls it off. The first female from Thaiworks to win a Title... It wont be the last :]

Both fighters wanted this as you could see the disire and determination that both girls displayed as they went toe to toe in an exciting display of heart and skill.

It was by no means a walk over for Charlotte as Lou was clearly there for war and to earn the Belt.

The fight went the distance and both girls got rocked but it was clear to see that neither were gonna give in.

Charlotte out scored and delivered some good knee strikes and strong punches giving her the edge towards the end, rightfully securing her the win.

A big Respect to Lou Richie for such a great fight.

Two ladies that for sure raised the roof in a noisy fight that was spured on by the excited audience.

Well done both of you.x

IN THIS PHOTOGRAPH:
Gary Craig , "PROUD AS PUNCH" Partner of Charlotte smiles and sighs relief that it was all over and all good.

ALSO TOMMY BARLOW, PAULA CASE, CHARLOTTE KIRWAN FOUGHT ON THE SAME BILL. PICS AND DETAILS WILL SOON BE PUT UP.

A GREAT NIGHT AND A SUCCESSFUL ONE ONCE AGAIN FOR OUR FIGHT TEAM. DETAILS WILL BE ON HERE SOON. OOOOOOOOOOOOSHHHHH 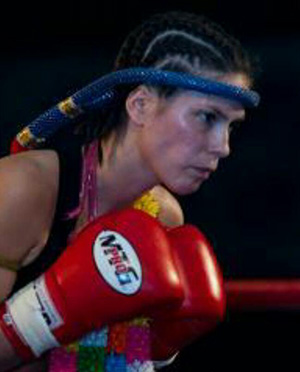 Charlotte weighing in around 3 kg lighter than her opponent and giving away height had a tough match with Danielle,

who was an impressive novice with good leg kicks, Charlotte gave as good as she got in this war coming back with barrages of heavy blows.

with just one point in it. Congratulations to Danielle for your win and to Charlotte for facing your demons from your last fight and stepping

in there at the point that most walk away. Confidence restored in this close call, and ready to roll :] 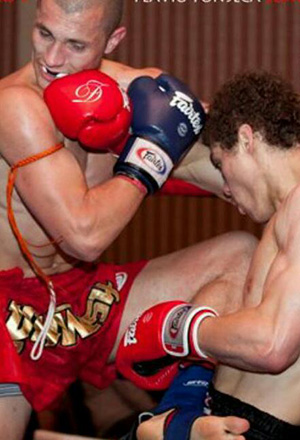 Tommy stepped throught the ropes once again with confidence that is going from strength to strength. His opponents hands were very strong and fast. The first 2 rounds Tommy was a bit too relaxed as you would be in a 5 rounder.. it was shortened to 1 and a half minute rounds therefore work rate is important.

In the 3rd round he realized the importance of scoring fast and really got to work delivering perfect timing with dangerous devastating kicks with beautiful technique. Got to give it to Flavio though he was tough and absorbed some heavy shots without blinking.

FINAL CONCLUSION= DRAW. If only He got busy from word go it could have been more than a draw, but well done Tommy its another notch in your belt for the TITLE belt you are hungry for, Proper clean Muay Thai style was displayed once again.

Dave Wright About To Go For Commonwealth Freestyle

Will be fighting out of the Thaiworks corner. This is a top show with top fighters from near and far. Your support is massively welcomed and its a great opportunity to get together and have a great night out. you can check out more info on www.fightingforcechampionship.com

VIP RINGSIDE TABLE. £39 per head = £390 per table. You can get a group together or if there are only say 3 or 4 of you but would like to go vip you can simply join a 'friends of thaiworks gym table' which will be made up of students and family n friends.

VIP TICKETS = you will recieve *waitress service * Ringside * Plated meal This is a great deal!

STANDARD TICKETS = You will recieve a seat with views to the ring and a bar.